That is the question!  (Sorry, I couldn’t help myself…)

When my husband left for deployment at the end of December, I was pretty bent on canceling our cable. I didn’t want to pay that much when I NEVER watched TV and he’s not here.  And it stands for good reason when all I do is loiter in the vicinity of my computer. Either I’m working on design projects, waiting for an approval on a project, I’m writing down my thoughts (ha – lucky you!), or I’m getting creative with refurbished furniture/Crap to Fab masterpieces. I have had no need or desire to watch TV. That, and I rarely watched TV growing up so it’s not something I’m used to.

Ok…”freak”…says me in my most loving voice to myself. I realize this isn’t normal. I get it. Yes, I know there are cheaper alternative options, but I also want to be able to “switch back” to “life as he knew it” when my husband gets back from deployment. I was on the fence…but after weighing the options, I chose to keep cable for a bit longer…

I wasn’t feeling too awesome one day, so I decided to lay on the couch and take it easy. I turned on the TV. I have to admit it took me a while to figure out how to get the thing ON. My husband gave me some training a while back on how to use the “universal” remote, but apparently I forgot to take notes.  Note to self…  Eventually, I got the “input” switched over to what it needed to be (please don’t ask me to do it again) and I was in business.

I hit the “guide” button – must not have been that spaced out during the tutorial – and proceeded to be completely overwhelmed with options. Nearly all of it was total junk in my humble opinion, and I couldn’t do “totally mindless” out of guilt (as I heard my parents telling me over and over again that I’m “going to rot my brain.”) So…as a seeker of stimulation, I kept going back to the Travel Channel. I don’t actually feel guilty because I’m learning all kinds of stuff! 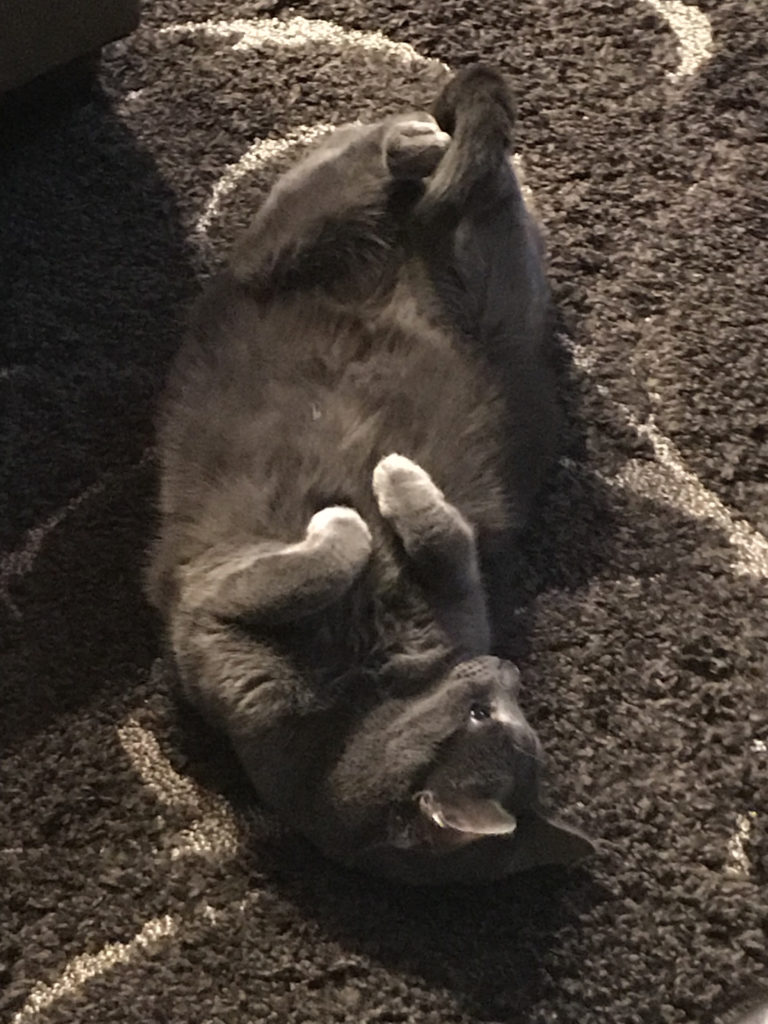 Mysteries At The Museum is so cool. Host Don Wildman takes you on an adventure into historic mysteries, scandals and events, and it feels like you’re right there! I’ve learned about the ancient city of Pompeii, the Loch Ness Monster, and so much more!

Expedition Unknown is also fascinating. Josh Gates attempts to “solve” mysteries of the past (even though he never seems to get that done), but you’re compelled to watch as he’s searching for clues to things like the location of the missing Crown Jewels. Awesome!  You’ll be sitting there rooting for him and hoping he finds what he’s looking for!

Undercover Boss is RAD (it’s on CBS). I sit there and cry like a baby, as these people who dedicate their lives and time to their jobs…get rewarded beyond their expectations. The workforce really does have hidden gems!

So after being a TV hater, I am now allowing myself an hour of TV to unwind before bed (thanks, Mom and Dad). I’m pretty sure our cat Marley thinks he’s a dog as you can see in this photo of him watching TV with me.

The reason for this post?  I’m not a fan of TV, I admit. But I’m a fan of learning and exercising my brain! If you hate TV, too, maybe give it a shot and find something stimulating that you can wrap your senses around. Pick the shows you really want to watch and/or will be interested in. Maybe they’ll broaden your horizons and/or teach you something new! Make viewing worth your while…